My first visit to South Africa in 1998 left me with mixed feelings. I had just completed high school and was doing some traveling before commencing university. On the one hand, it was an exciting time to be in South Africa – a new democracy! On the other hand, I could still feel the tension of its very recent oppressive history. I could not have imagined that in 2004, at the age of 25, I would be packing my bags and relocating to South Africa, aka the rainbow nation. The term “rainbow nation” was actually coined by one of South Africa’s most eminent personalities: Archbishop Desmond Tutu who referred to the colours of the rainbow to capture South Africa’s diverse races, tribes, creeds, languages and landscapes. The term was also to be symbolic of hope of a country that has managed to reconcile against all odds.

“Each of us is as intimately attached to the soil of this beautiful country as are the famous jacaranda trees of Pretoria and the mimosa trees of the bushveld – a rainbow nation at peace with itself and the world.” Nelson Mandela, 1994.

Fast forward to 2015, the rainbow nation has become my home away from home. For this nomadic African, eleven years (and counting) is the longest I’ve ever  lived in one place. I have been able to visit 8 of its 9 provinces (I see you, Northern Cape) and marveled at the country’s natural beauty. I had the privilege of meeting Tata Nelson Mandela in 2008. Magical. When I was introduced as Nana Boateng from Ghana, Madiba said, “Ohhh, how is Kufuor?”. I fumbled something like … He’s doing well, excellency…maybe I bowed said your royal majesty. I don’t remember. I was too star struck. My other encounters and opportunities will pale in comparison but running into Denzel Washington at a bar in Cape Town (true story, I promise), seeing greats like Hugh Masekela and Pavaroti (in his farewell tour) perform up close and watching the 2010 World Cup live have been exciting moments. 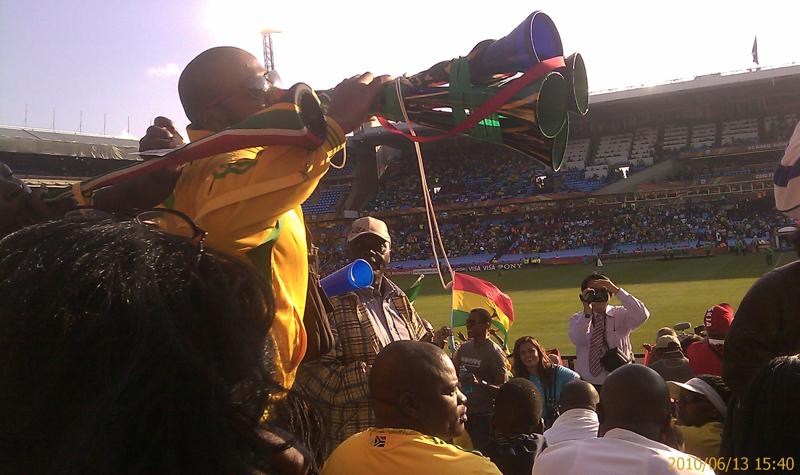 During these eleven years, the country has changed a lot but a lot remains the same. There is still a long way to go in terms of racial integration. My friend, Shelly, came all the way from the British Virgin Islands to visit me in 2013. Determined to show her a good time, I took her to all the nice spots in Joburg but at some point she asked me, “Nana, do you only hang out where the white people hang out?” I laughed so hard. You’ve got to love the straight shooting Shelly.

So, this is one of my biggest discomforts living in Jozi (I wont even talk about Cape Town): being one of few blacks in the room. I know there are places like the trendy “Arts on Main” that are fairly mixed but a lot of places/events e.g. restaurants, cafes, festivals, food markets, botanical gardens, nature reserves, etc tend to be predominantly white. And these are in very central locations not in cushy white suburbs. And by the way, when i say mixed, I mean blacks sitting with their black friends and whites sitting with their white friends in the same vicinity. Take a walk in any of the university campuses and you will see the same trend. 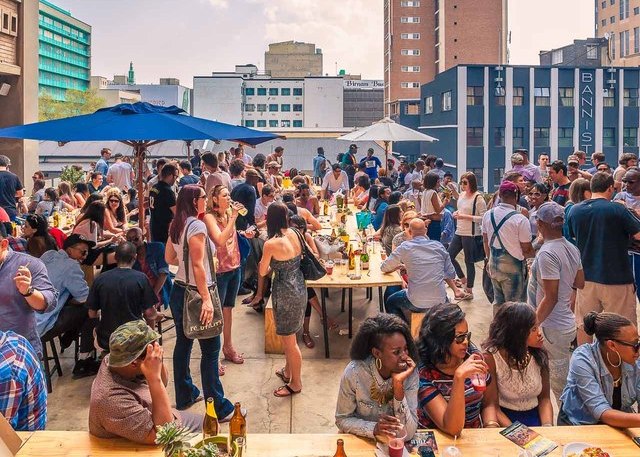 The good news is this: times are changing… very very slowly but surely. October 2015 will go down in South Africa’s history as a monumental period: students from all races and socio economic backgrounds united for a common cause which was to bring down fees of tertiary education. It was a dedicated protest – nothing like we’ve seen in the post 1994 South Africa. As I looked at the images, I could  not help but see signs of racial integration and the intended meaning of the rainbow nation emerging.

In my own home, I have a little piece of that rainbow in my spirited little munchkin. Hopefully, in his generation, the rainbow nation will not just be an ideal but a reality. Hopefully, integration will not always be driven by sporting events or political and economic causes but something that comes quite naturally… like breathing. Viva Mzansi!!

Begin typing your search above and press return to search. Press Esc to cancel.